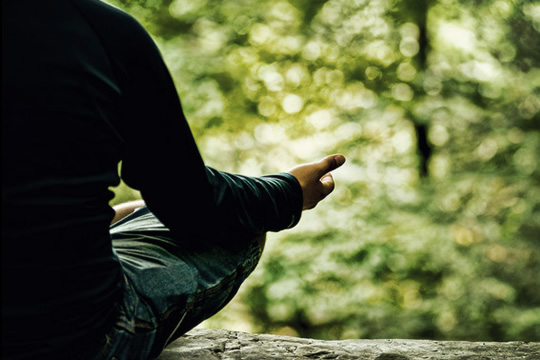 Can mindfulness practice (meditation) help vanquish mental disorders? According to the National Institute of Mental Health (NIMH), 7.7 million Americans suffer from schizophrenia and bipolar disorder – approximately 3.3% of the US population when combined. Of these, approximately 40% of the individuals with schizophrenia and 51% of those with bipolar are untreated in any given year, but with the new studies being presented by Juan Santoyo and his peers, there could be strong scientific proof that meditation could help even the most debilitating psychological disorders.

Juan Santoyo is studying neuro and contemplative sciences, and he isn’t doing it ‘just to tickle his fancy,’ but to solve the real problem of mental disorders in our society. He presented his findings at the 12th Annual International Scientific Conference of the Center for Mindfulness at the University of Massachusetts Medical School.

He noticed when his family emigrated from Columbia that many homeless people suffered from psychological orders that often went untreated. Instead of pumping them full of pharmaceutical meds, he sees another plausible solution based on the preliminary results of a study published in Frontiers in Human Neuroscience.

The paper describes how meditation affects a subject’s ability to change brain activity in the posterior cingulate cortex (PCC). Given the chance to observe real-time feedback on their PCC activity, some meditators were even able to control the levels of activity there.

“You can observe both of these phenomena together and discover how they are co-determining one another,” Santoyo said. “Within 10 one-minute sessions they [participants in a meditation study] were able to develop certain strategies to evoke a certain experience and use it to drive the signal.”

Of course this is far from the first study to show how meditation can trigger mental and even genetic alterations, but for some scientists, the revelation that meditating can actually trigger molecular changes is groundbreaking. While science certainly isn’t needed to experience or even prove the benefits of this ancient practice, these studies are likely heavily contributing to doctors prescribing things like meditation to patients instead of medications.

This has profound implications for those who suffer from psychiatric conditions, since it is known that certain mental challenges can be mapped to certain areas of the mind.

In the study Santoyo was involved with, he found that carefully coded data on experience — “grounded theory methodology” — supports the formulation and testing of hypotheses and a scientific investigation of mindfulness. . . specifically to aid those who have mental health issues. In a study he published on ‘effortless awareness,’ a phenomenon that often accompanies meditation, he noticed that specific memories or thoughts that caused distress could be changed with feedback after a meditation session.

While studying at Brown University, Santoyo has also noted that “these practices [meditation] have allowed him to feel more engaged with what he is studying, to become more adept at handling difficult situations, and to perform better academically.”

From better grades, to handling life’s challenges with greater élan, to helping the homeless, the further study of meditation and mindfulness has a lot to offer. If Santoyo and others studying this phenomenon are correct, more than 7 million Americans could benefit.